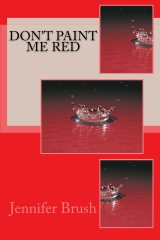 I am very proud to announce that I have written and published a book called Don’t Paine Me Red. This book is about a young boy who’s father is accused of being a Communist in the year 1955. This causes the family to become ostracized as many people are scared of Communist taking over the government. The book is an historical fiction aimed for ages 10-12. The book is available on Amazon.com, Amazon Kindle, and CreateSpace.com. Attached are the links:

The story is simple, a girl named Christine Daae gets the chance to become a prima donna when the lead in the show becomes sick. This happened because of the mysterious phantom that lurks in the halls of the Paris Opera House. Although, many people are claim the Phantom to be a myth, Christine and her dance teacher Madame Giry know that this is true. Admittedly, Christine at first believes the man who is helping her is a ghost of her former father, she learns the truth when she unmasks the man discovering his hideous face. Fainting out of fear, the Phantom, named Erik, starts to work to make Christine the star of the show and only his.

Meanwhile, Christine has captured the heart of Raoul. The two become engaged after the Phantom crashes a masquerade party held at the opera house. Insistent on making Christine his own, the phantom sabotages the show that Christine is in taking her prisoner. Raoul knowing the truth about the Phantom starts to chase after Christine. With the help of an undercover police officer, Raoul starts on the dangerous journey through the catacombs of the opera house. Raoul manages to make it to Christine where he frees her. The two flee while an angry mob chase Erik down to kill him. It is presumed, Christine and Raoul live a happy life together.

On May 6, 1868, Gaston Leroux was born into the world. Many people today do not know the name of the man who wrote The Phantom of the Opera. The haunting story of a misunderstood, dis formed, genius who goes out of his way to make the only girl who has brought light into his life his. In 1925, Erik came to life in the silent film The Phantom of the Opera with one of the most iconic movie monsters in history.