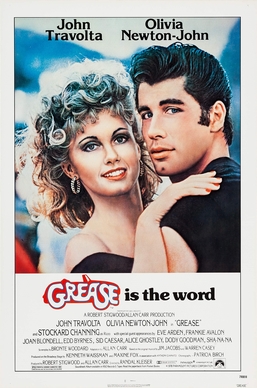 On September 26, 1948 the woman who would become known as Sandy was born. Olivia Newton-John brought her to life in the 1978 musical movie Grease. Throughout her life Olivia has done more to prove that she deserves her place in history. Grease was only just the beginning for her to prove herself.

After a whirlwind summer romance, Danny and Sandy find themselves at the same high school. However, Sandy is nice and Danny is a bad boy. The two end up having feelings for each other, but Danny ends up pushing Sandy away when he is trying to impress his friends. Throughout their senior year of high school, Sandy and Danny find themselves ending up together and torn apart. In the meantime, Danny’s best friend Kenickie is dating Rizzo, a member of the girl group The Pink Ladies with whom Sandy is friends with ends up picking a fight with crosstown rivals. Danny wanting to impress Sandy, while Sandy wants to impress Danny ends up in a do or die for who likes who. In the end, Sandy ends up getting the makeover with Danny falling for her. The movie ends with all of their friends at the school carnival with Danny and Sandy driving off into the sky together.

Danny and Sandy’s 1950’s rock and roll romance story has been told over and over again. However, this would not have been possible if Olivia Newton-John did not bring to life the beloved character of Sandy on screen. On September 26, Olivia Newton-John celebrates her birthday with many more to come.