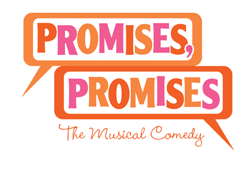 Based on the comedy The Apartment, Promises Promises delivers as many laughs and tears. Taking place in New York City, we follow the ambitious Chuck Baxter who finds himself renting out his apartment so his coworkers can tend to their “affairs.” But, he has his eye set on Fran who is having an affair with his boss. Struggling to catch Fran’s eye, Chuck learns a thing or two about himself. When a suicide attempt happens, Chuck decides to take a stand by putting his foot down inspiring Fran and many of his coworkers.