The weekend is finally here, only to find another rainy day again. However, since the high heat this past week it doesn’t feel so bad. Yet, rainy days seem to be a habit on Friday’s lately. 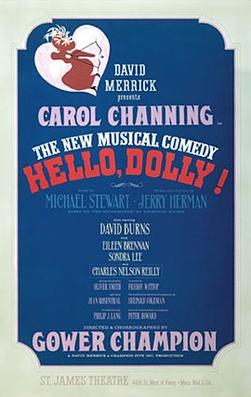 This past weekend was the Tony Awards with many familiar faces making appearances for Broadways biggest night. Among those was Bette Midler who won Best Actress in a Musical for portraying the lead role in Hello Dolly! A well known actress deserving a Tony in a story about a well known widow who makes a living by matchmaking.

Dolly Levi is a woman who loves life decides to reinvent herself. By meddling, matchmaking among other things she manages to make a name for herself. Along the way she catches the eye of a well to do millionaire, Horace. However, the gruff Horace and the brash Dolly struggle to meet eye to eye while falling in love with each other. The struggle starts to come all to real for the two with the only question of whether or not their love will survive.