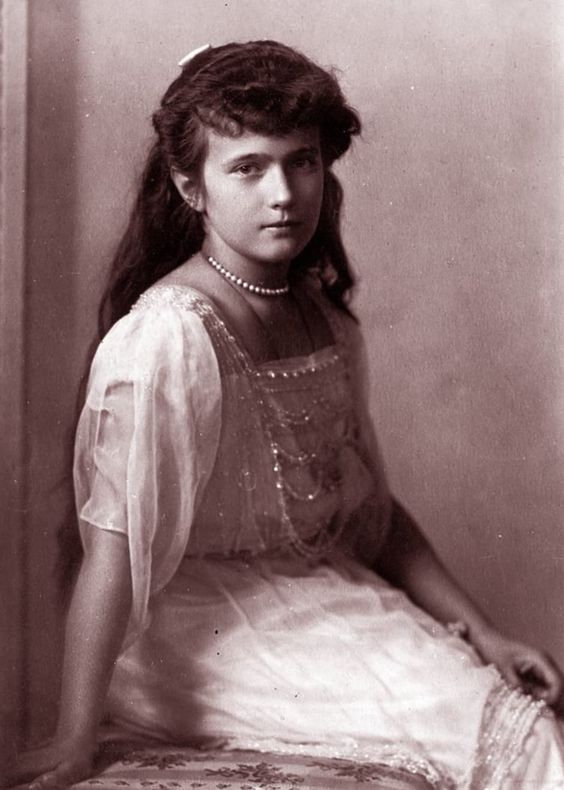 One of the greatest mysteries of all time that has fascinated me is the disappearance of the Grand Duchess of Russia Anastasia Nikolaevna. On July 17, 1918 she and her family, the Romanovs, were murdered during the Russian Revolution. Even though her entire family perished during the assassination that was meant to eliminate the Russian Royal family and they succeeded.

On this day the last Tsar of Russia Nicholas II along with his wife Tsarina Alexandra, their four daughters Grand Duchesses Olga, Tatiana, Maria, and Anastasia and their son Tsaravich Alexei were murdered. I don’t plan on going into the historical details as I want to focus on the mystery of Anastasia. Even though it was confirmed that she was murdered that night through DNA evidence an air of mystery has stuck with her name.

Today, there are many people who still believe that she survived that night. In the past there have been impersonators, most noticeably Anna Anderson from Germany, who had managed to fool some of her relatives. None the less, people to this day still believe that Anna Anderson is the lost Russian princess. Lets face, after all the people who she managed to convince she is the Grand Duchess Anastasia there could be a new form of DNA technology that proves that she had been telling the truth all along.

Ultimately, the mystery of the Grand Duchess Anastasia has stood the test of time with movies, books, musicals, and songs based on her life. The mystery of her life and death has fascinated me because it seems as though it is never ending. Every now and then when I am reading up on her disappearance/death I will come across a piece of information outside of DNA evidence, like Anna Anderson’s knowledge of the family tree that to many proves that she is her or Anastasia a piece of fabric from clothing that night that prove she was murdered.

I acknowledge that everyone has their opinions on this case with many believing that she died that night. I too, believe that on July 17, 1918 she passed away. But, as much as I believe this there is something about the mystery of Anastasia that draws me to her story, partially because part of me does want her survival from that night to be true. Honestly, with all of the evidence surrounding Anastasia it would not shock me if somewhere down the road we hear evidence again that proves that she did survive the night or more evidence that proves she past.

This past week has been a scorcher! With temperatures hitting the 80’s combined with humidity it felt like it would never cool off. During the heat wave I either stayed inside or swam in the pool. The heat felt like it would never end but, today, the temperature dropped. After thunderstorms and head advisories it feels good to be able to step outside and not breaking a sweat after two seconds.

However, what amazes me the most about heat waves has to be how quickly it cools down. Waking up this morning I was actually chilly. Even though the temperatures were in the high sixties, I was still cold. I changed into something warmer for a Summer day. To be completely honest it feels weird to say I had to change into something warmer in the middle of Summer. I guess it is safe to say you have to stay warm during the summer time as well.

Heat waves are something that we all have to deal with. Even though the temperature did not go past the high 80’s where I am, the humidity made the days sticky and uncomfortable. So far this Summer has been up and down with the heat. But, today was a good day as it was a break from heat and humidity.

July 4th, 1776 the Declaration of Independence was signed in Philadelphia, Pennsylvania. This historic document written by Thomas Jefferson was sent to the King George III in England to explain America’s reason for separation. On the document the men who signed it had committed an Act of Treason, thus risking their own lives for something they believed in.

But, those who signed and supported the Declaration of Independence recognized that the cost could be their life and their families as well. There were many reasons, like taxation without representation, for these men to sign. Following the signing and with support the American Revolution began leading to war where we would gain our independence.

Today there are movie marathons of films like The Patriot, sales at stores, fireworks, and family gatherings. But, July 4th, 1776 is a day that we commemorate to remember the brave men who had signed the Declaration of Independence leading to the fight for America to gain their freedom once and for all.