Last night before I went to bed they said on the news that there would only be a dusting of snow. Well, this morning when I woke up for work I heard my parents downstairs.  I looked out the window to find that the so called “dusting” was actually four to seven inches of snow. The snow didn’t stop me from going into work. Although, I made it in a couple of hours late. There was much shock in the morning to this snow storm as it was not expected. Yet, it is winter in New England. Never the less, sometimes a dusting of snow turns your day upside down. 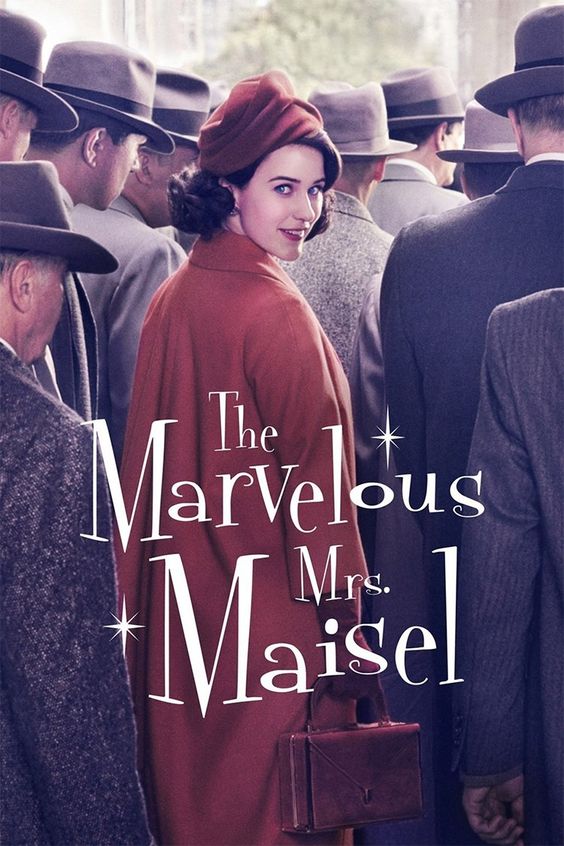 A couple of weeks ago the Amazon Prime series The Marvelous Mrs. Maisel won the Golden Globe for Best Actress in a Comedy and Best Television Series-Comedy. Spiking my curiosity, I decided to check out this new hit series. Watching the first episode about a housewife in the 1950’s who finds herself divorced finding her way in New York City with a new found feeling gave me a bit perspective on the life I have now with a lesson I needed.

Being an adult and living at home is not something I imagined. In fact if you were to ask me if I would be living at home ten years ago, I would have said no. At this point in life, I thought I would have my own house and either married with children or planning my own wedding. In the show, Midge Maisel married right out of college and ended up having children. Then she ended up divorced and having to move back in with her parents. The important lesson I learned from this is waiting patiently for the right guy is worth it. Midge thought she had everything going for her and she did. Instead by the time she was thirty and having to move back in wither parents.

Midge Maisel was able to find her voice after her husband left her by doing a comedic act in a local night club. The Gaslight Cafe was able to become a safe haven where she was able to express her anger at her current situation. Learning that she had a new career in comedy gave her an outlet, but it did not give her the money she needed to move away from her parents. Eventually, she decides to work in a department store. Now, this does sound bad like she was giving in. Yet, Midge chose happily to work in the store with a smile on her face. She was able to learn a new skill, make some new friends, and another outlet away from the troubles she has. When Midge was able to get this job, I believe, she was able to finally start to move on with her life from her tarnished marriage. Sure The Gaslight Cafe gave her the first outlet she needed, but having a career where she was able to make, at least some, decent money from the start was rare back then. 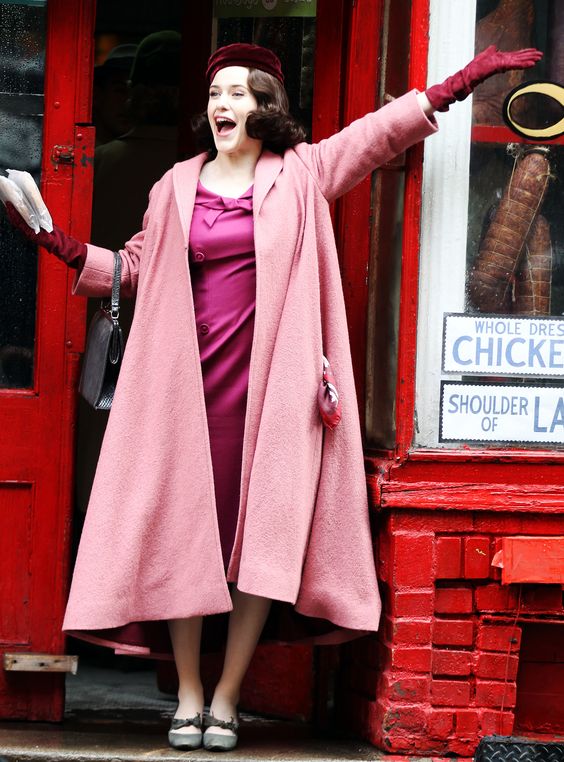 You see, Midge Maisel grew up in a time where once you were a woman and married you were expected to be the perfect housewife. You were expected to stay home to cook, clean, and raise the children while your husband went off to work. There was no reason for her to have a career as that was chosen for her the moment she said “I do”. Having to move back in with her parents along with her children was far from her plans on her wedding day. Yet, it ended up happening to her. Even though she was angry and disappointed with what had happened to her, as she was believed her husband was the one, was not in her plans. But, I was able to learn from The Marvelous Mrs. Maisel that waiting for the right time is important.

Watching Midge Maisel pick up the pieces from her broken marriage as she starts her life over is inspiring to me. In The Marvelous Mrs. Maisel, I was able to find a source of happiness and comfort with the knowledge that I will be able to move on with my life when the timing is right. Midge Maisel lived in an era where it was expected of you to marry young and have children from a young age. I believe that there are many Midge Maisel’s living in the world right now who will end up finding happiness and joy when the time is right.

In no way this article a shame to anyone who has married young. I have seen couples who have married young living happily together. However, their timing was right with the right person. Everyone is different with their timing in life, for some people their time is earlier than others.

There are many people in the world who know who Martin Luther King Jr. is. The Civil Rights leader who advocated nonviolence and lead marches across Southern America became is still remembered today. When I had opened my computer I noticed there was a poll on msn.com asking about what Martin Luther King Jr. is most remembered for. There were four options: “I Have a Dream” speech, his role in the Civil Rights Movement, Selma to Montgomery March and his advocacy for nonviolence. The answer, to me, is all of them.

Martin Luther King Jr. did all of those things becoming a face of the Civil Rights Movement. Standing in front of thousands of people to deliver his famous “I Have a Dream” speech is still referenced today. Many children in school learn the words of his vision to make America a better country with out injustice. Martin Luther King Jr. faced intimidation from the Ku Klux Klan like getting his house bombed with his family inside. Never the less, he stood up for his rights showing that love is more powerful than hate.

2018 has gotten off to a cold start! This cold snap has left temperatures below freezing with a windchill to make it even colder. Well, feel colder than it actually is. On Thursday, a snow storm came through adding snow, icy roads, and the responsibility of cleaning the car off in the morning to this wintry weather. All I can say is brrrrr at this point! Hopefully, it will warm up soon, at least above freezing.

This year, 2018, I am going to take a bit of a break from blogging on a daily basis. Don’t worry, I will still continue on with blogging. But, from time to time, probably once every other week. The reason for this is so I can get back to commenting and expanding my blog. I don’t want to continue on with writing a paragraph about one thing. When I started doing that, I thought I would have enough time to write something for “Music Monday” and “TV Tuesday” for this year, and last year for my movie every day. Instead, I started to find it a bit exhausting and unable to remain in contact with other bloggers. I hope for this year, I will be able to expand like I did three years ago when I started by taking time off in between posts and writing every now and then, not every day. Happy 2018!