Another stormy and dreary day here in Connecticut. Yet, this photo does make me feel happy and at ease with the birds and the whale poking his or her head out. I don’t think I have seen a movie as smart and inspirational as Lion. Following the true story of Saroo Brierly who find his real mother in India after his memory is jogged by a traditional Indian treat. Having been adopted by a loving Australian couple, Saroo starts to look for his family while wrestling with the feelings that he is betraying the two people who raised him. Saroo manages to find his real mother and be reunited with her as well as telling his adoptive parents that his feelings for them have not changed.

But, before the movie there was much prep to be done at the Garde Arts Center in New London, Connecticut. Before the patrons arrived there was popcorn being popped allowing there to be a welcoming aroma of the classic movie treat. The ushers were given their assignments heading into place. Several patrons were waiting in the box office lobby waiting for the doors to open.

Once the doors opened, the patrons started to file in with many of them heading towards the bar for popcorn and a beverage. After that many of them admired the photography in the lobby while looking at posters for upcoming shows like Annie on April 23rd and Sex Tips for Straight Women from a Gay Man on May 18th and 19th. Soon, after they headed into the theater where ads for Rhythm in the Night Irish Dance Spectacular on March 26th and Donovan Live on June 3rd.

As the balcony began to fill up the lights flickered signaling the time for the movie to start. After a preview for La La Land on April 2nd, the movie started. The audience was moved by the inspirational story of Saroo from the moment he was lost to the time he was found. When the movie ended the audience burst into applause in awe. Many of the patrons stayed for the credits to see the names of the people behind this magnificent movie. With the final credit announcing the movie is dedicated to Saroo’s older brother Guddu the red curtain falls.

In the lobby, there are people who are still talking about the movie. Shortly after the credits ended many patrons talked about the wonderful feeling Lion had given them as they make their way out. Several of them were reading the poster for “Keep the Marquee Lights on at the Garde” campaign started by local residents. With the Garde starting to empty, there was nothing short of an inspirational feeling over New London, Connecticut with the film Lion. After writing about plays and musicals, I have decided to take a detour to the ballet. In Pyotr Tchaikovsky’s classic Swan Lake is one of the most well known ballets. The tragic love story of Odette and Prince Siegfried plays out well as she is turned into a swan by the evil sorcerer who wants to take over the kingdom. After he does he uses his daughter to portray Odette. Sadly, when the spell plays out, Odette and Siegfried die together in order to be together in the after life as they hoped to have in their current life.

When a beautiful model’s suicide does not convince her family they call Cormoran Strike. In The Cuckoo’s Calling by Robert Galbraith, he is the a private investigator who goes above and beyond for his client. In this case Cormoran finds that the beautiful model did not commit suicide, but that someone went above and beyond to cover up the murder. With the model having an inheritance, a biological family that is in need, and several jealous companions the suspects are everywhere around Cormoran as he works his quickest to find the murderer before it is too late.

After school when I would get to daycare the one show that everyone was excited about watching was The Mighty Morphin Power Rangers. As a child, I took the situations of the episodes more serious. In this lovable campy superhero show we are introduced to five teenagers who are recruited to fight evil aliens attempting to invade their planet. Having to look past their differences and their fears they all come together to save the day and foil any plan to cause Earth damage. The Mighty Morphin Power Rangers is a show that brings back many memories for me. 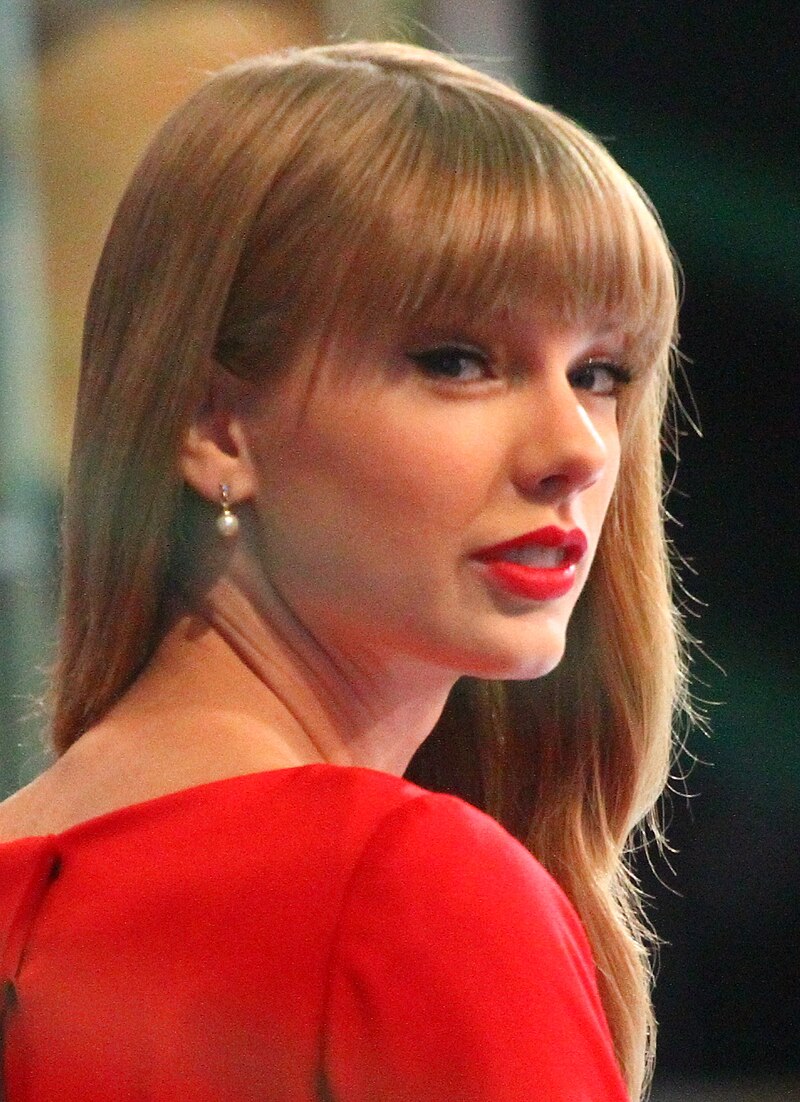 This first week of Spring has been a rather chilly one. With temperatures below freezing, I had to break out my winter coat and gloves, again. Not really feeling like Spring, now. But looking at these flowers make me think of Spring and the warm weather that will, hopefully, come soon. On March 4, hundreds of residents in New London County came to see Loving at the Garde Arts Center. Upon arrival several of the patrons admired the new photography that had been added to the lobby. While others were looking at the advertisements for the Eastern Connecticut Ballet on March 11th and Annie on April 24th. Some of them were admiring the poster advertising the school time series sponsored by Bob’s Discount Furniture.

Yet after looking at all of these several patrons decided to stop by the “Keep the Lights on at The Garde” fundraiser where a volunteer was standing with two water jugs. As each week goes on more patrons ask about the fundraiser to keep the beautiful marquee lights on at night. Unfortunately, due to electric bills the Garde has to turn their lights off after a certain time at night leaving the street corner on Bank Street dark.

With many patrons heading to the balcony, which is said to have the best seats in the house there were fliers being held in their hands for the rest of the Garde Arts Winter Cinema Series. Several of the patrons picked them up when they walked inside the lobby from the box office, with three new movies added to the series: Elle March 9th, Silence March 16th, and La La Land April 2nd there is nothing that is stopping the Garde from going.

After the lights dimmed the audience took their seats while previews rolled across the screen leading to the movie Loving to start. Once Loving had started the audience was entranced by the true story of Richard and Mildred Loving. The two were an interracial couple who were married in Washington D.C. and living in Virginia in 1958. Unfortunately, their marriage was illegal leading them to be arrested and go to prison, even though they were legally married. Sadly, the two had to go and live out of state only to never return to Virginia together. As the film goes on Richard and Mildred get the help they need to lead to the monumental case Loving v. Virginia striking down anti-miscegenation laws across America.

When the movie ended the audience burst into applause as they had admired the Lovings for taking the stance they took. Afterwards, there was a social in the mezzanine hosted by Atlantic Broadband. With the audience a buzz talking about the admirable story with coffee and cookies being served. Once the movie revealing the true story behind Loving v. Virginia was over, the Garde Arts Center was filled with joy, tears, and laughter once again. On February, 25 I watched an entire audience be moved to tears by the story of Desmond Doss in Hacksaw Ridge at the Garde Arts Center in New London, Connecticut. The true story of a pacifist soldier who refuses to kill others while risking his own life touched many people. The audience was moved to applause as the credits rolled honoring this brave man.

Yet, before the movie started there was much preparation to be made. The popcorn was being popped vigorously while the ushers got into place preparing to open the doors for the matinee. When the doors opened patrons had streamed in steadily taking their seats in the house; several of them stopped by for a box of popcorn and something to drink while others looked at photographs taken by Tom Bombria.

But, many of them stopped by to admire the “Keep the Lights on at The Garde” display. The fundraiser started by the people of New London Main Street caught the attention of many who were interested in wanting to know why. With the answer being the electric bill is too high to keep the marquee lights on, several people started to donate. The marquee lights at The Garde are a welcoming sign into New London. Sadly, they have been going dark, leaving the welcoming signal vacant.

After many admires donated to the cause the lights flickered signaling the time for the movie to start. Once thanking Atlantic Broadband and the other sponsors for the show, there was an announcement that there would be a social afterward with coffee and cookies. With the lights dimming the screen started to show advertisements for Fences and the Oscar Nominated Short Films leading to the start of the movie.

Once the movie started the audience was glued to the screen. With the story of Desmond Doss unfolding in front of them there were cheers, tears, and shock of the battle scenes. When the movie had finished the audience burst into applause with the inspiring story touching everyone. While people were filing out into the mezzanine for the social afterwards, many were crying. There was talk about how great the movie was with the point of focus being on a brave man who stayed behind after a retreat was ordered only to save the lives of seventy five men. The movie Hacksaw Ridge at the Garde Arts Center inspired many people and will continue to inspire those who watch this masterpiece. Quite possibly the most popular movie at The Garde Arts Center Winter Cinema Series has to be Hidden Figures. The true story following three African American women who helped NASA win the Space Race against Russia. Seeing as the movie was popular they added on an extra show at ten in the morning for a school time performance. Yet, on a Wednesday night many people were still showing up to watch the inspirational story.

In the lobby filled with Tom Bombria Photography and advertisements for upcoming shows like Annie on April 23rd and Sex Tips for Straight Women from a Gay Man on May 18th and 19th the audience started to enter. Atlantic Broadband was handing out the first two hundred boxes of popcorn for free as more popcorn was being popped. Several of the patrons had entered in a raffle that had been sponsored by Atlantic Broadband who were hosting a social after the show.

Around 6:30 at night the balcony began to fill as anxious patrons filled the box office lobby for their tickets to see the show. When the lights dimmed Steve Sigel took to the stage to welcome everyone to the Garde for Hidden Figures. After announcing that this was the highest attendance he invited New London Mayor Michael Passero on stage. With the Mayor of New London welcoming guests into the Garde he announced the school children who had watched the same movie in the morning. His remarks reflected the hopes and dreams he had for the future of New London Public Schools.

Then the previews for upcoming movies like Hacksaw Ridge and Neruda began to play. When the movie started the audience did not stop laughing and cheering for: Dorothy Vaughan, Mary Jackson and, of course, Katherine Johnson. There was nothing short of stopping these three amazing women from doing what they love while being looked down upon while doing it. Working for NASA these three fabulous and brilliant women managed to inspire many local residents at the Garde Arts Center in New London, Connecticut to go out there and do what they love.